Take a deeper look at the key research presented at ECCO 2021 with ECCO President Prof. Laurent Peyrin-Biroulet and

Sorry we missed you!

We see What UC: time for holistic approach to remission
New horizons in UC management: exploring the place for novel treatment options

Look out for more educational activities from Galapagos at UEG Week Virtual 2021 from
3rd to 5th October! 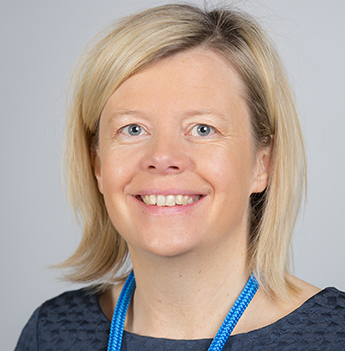 Prof. Vermeire obtained her MD at KU Leuven in 1995 and her PhD, “Genetic Polymorphisms and Serologic Markers in Inflammatory Bowel Disease”, from the same university in 2001. She also trained at the National University of Asuncion, San Lorezno, Paraguay (1993), the Wellcome Trust Centre for Human Genetics, Oxford, UK, the University of Oxford, UK (1997–1998), and Montreal General Hospital (McGill University), Canada (2000–2001). Since 2003, she has been a staff member at the Gastroenterology Department of University Hospitals Leuven, Belgium, and is Professor of Medicine at KU Leuven. In 2016, she became Head of the Department of Chronic Diseases, Metabolism and Ageing (CHROMETA) at KU Leuven.

Prof. Vermeire was President of the European Crohn’s and Colitis Organisation (ECCO) from 2014 to 2016 and Belgian Inflammatory Bowel Disease Research and Development Group (BIRD) from 2011 to 2013.

Prof. Vermeire is actively involved in randomised controlled trials with new therapeutic compounds and has been a principle investigator on several of these programmes. Her scientific work, which has resulted in over 500 peer-reviewed articles to date, focusses on the role of the microbiome and genetic susceptibility in IBD and on identifying predictive signatures of treatment response. Prof. Vermeire participated in the International iCHOM consortium on the development of patient-centred outcomes for IBD. She has been awarded several grants including an Advanced H2020-European Research Council (ERC) Grant (2016–2021) and a VIB Grand Challenges project on microbiota modulation strategies in IBD together with Prof. Jeroen Raes (2018). 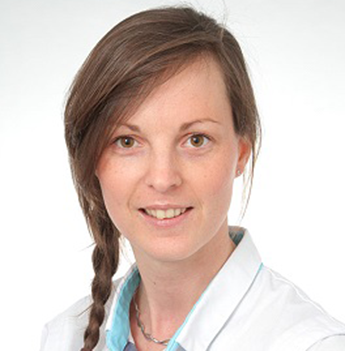 Tessy Lambrechts joined the IBD specialist nurse team at UZ Leuven, Belgium, in March 2020 and has more than 13 years of experience in gastroenterology nursing. Tessy began her career at University Hospitals Leuven in 2007 after completing her nursing degree at Provincial College of Limburg, Belgium. During her nursing degree, Tessy also gained specialist training in social skills, and throughout her career she has played a key role as a nurse mentor. Beyond this, Tessy is an experienced lecturer in clinical practice at University Colleges Leuven-Limburg, Leuven, Belgium.

Through the looking glass: impact of UC
treatment choices on hospital practice
and patients’ QoL